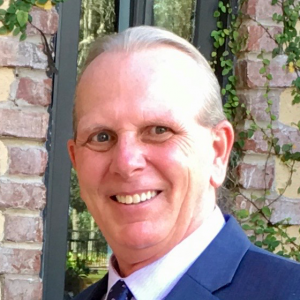 The story of IEW is more a story of its founder, Greg Meisel. It is the culmination of a 35-year quest that began in 1987, in a suffocatingly small house in central Florida on a kitchen counter. It was there that Greg had his brand-new shiny Packard Bell 386 PC computer setup. It was a beauty, with its 256 MB hard drive and a whopping 4 MBs of ram! He was now ready to conquer this brave new world of personal computing! At least that’s what he thought. There was still one problem, he didn’t know the first thing about programming. Being the self-starter that he is, Greg dove headfirst into any programming book he could find – remember there wasn’t really any internet at the time, bookstores were still the mecca for knowledge. There were a few internet bulletin boards trying to reach out to people who had nothing better to do than talk about nothing, much like today’s social media.

After his first BASIC “Hello World” application, Greg decides to embark on creating the first GUI based audio visual automation system. Why start small, right? Not quite three years later Show Direct became a powerhouse suite of programs that was responsible for the success of millions of dollars’ worth of staging production business for the small A/V company he was working for.

Now fast forward to the year 2000, Greg decides he has had enough of working for others, so he and his wife make a go at earning a living at their other shared passion…horses and photography. Flashpoint Media Services was born and during its 15-year run, became one of the most respected companies in the industry. In large part due to the number of software innovations he produced to automate and improve customer service.

Well as with all good things, there is always a moment when it comes time to say farewell. For Flashpoint it was a sour economy and the upswing in the DIY mindset with their simple to use digital cameras. It was time for something new – something familiar – something challenging. So, in January of 2015 IEW’s parent company ifelseWare, Inc. was born.

ifelseWare otherwise known as IEW Solutions, is dedicated to serve the live event production industry by providing exceptional software and hardware products, all designed to aid and ensure your creative vision comes to life flawlessly.